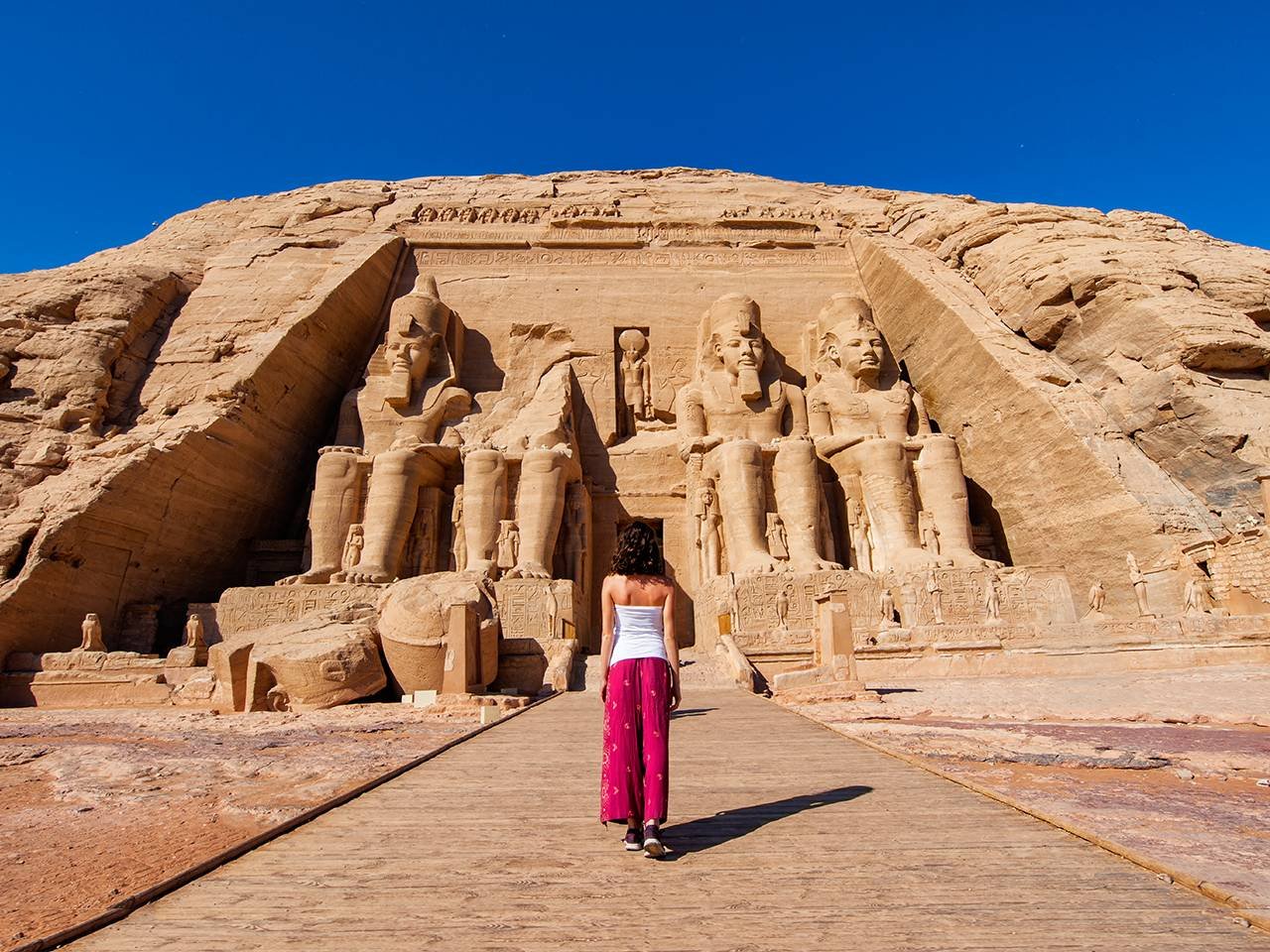 No one can doubt how Egypt is Great, great in the history of 5000 years of civilization, and Great in her people and their hospitality.
We can assure you that the historical value of the pharaonic, Roman and Islamic civilizations influenced and affected the whole world, so you should visit Egypt.

Egypt is not just the Pyramids, there is also Abu Simbel and the valley of the kings and lots of exciting places to visit.

If the people were merged with Egypt because of its civilizations and its effects and the pyramid that fondled the imagination of each child as a symbol of civilization and the genius of the human being. The genius of another kind has encouraged the Arab brothers. The original Egyptian art entered the homes of all Arabs at one time because of television production and film that was based on Arab television broadcasting in all Arab countries.
Which made Egypt not look strange at all to any Arab and is expected to come to Egypt to be close to those places and people who saw them on television only, and now we are talking about the visa and how to obtain it.

How can I get a visa to visit Egypt?

Of course, entering Egypt requires a visa. Egypt is extracted from Egyptian consulates and diplomatic missions in different countries.

Travel to Egypt and obtain a tourist visa

The way of entry into Egypt is different according to the countries. For example, the GCC countries are Kuwait, Saudi Arabia, Bahrain, Oman, and the UAE, as well as the Macao and Hong Kong region in China, The United States only requests travel permission upon arrival at Cairo International Airport.

The visa fee for entry to Egypt is about 25$ for one-time travel, the multiple travel fee of about 70$, and there was a project to raise the fee for tourist visas and ordinary visas from 25 to 60 USD.